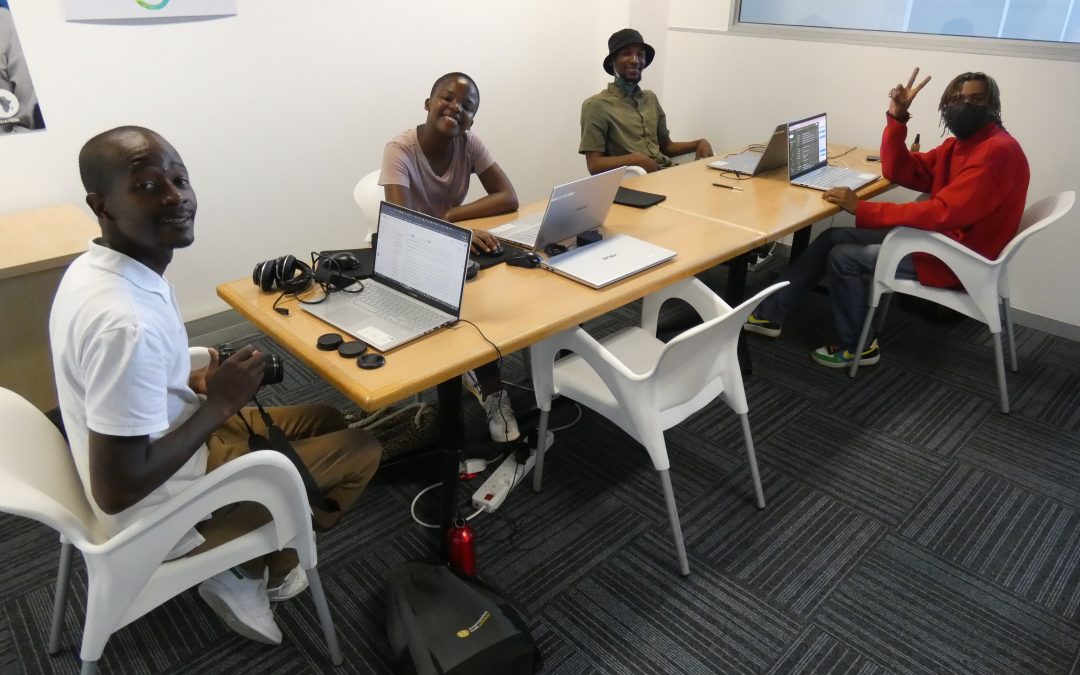 February 1st marked the first day of internships for seven of our graduated students from the 2021 iHub Program.  The photo above, taken on 7-Feb shows Sabelo Nanene (in red) and Boss Lusiba (wearing hat) joining the Marketing Operations team with Comarketers, our Netherlands-headquartered placement partner.  The team is domiciled within the Western Cape iHub in Philippi Village.  They were able to join their more seasoned colleagues, Adrian (not in Photo), Sonwabise (2nd from left) and Mandlenkosi (left) who started their internship last April (see prior post) and have been working in their full-time roles now for over six months.  What an amazing opportunity for Sabelo and Boss to have friends to show them “the ropes” as they settle in to their new Marketing Researcher roles.   They’re in regular contact with Comarketers staff located in their Dakar, Senegal branch office.

In the photo below, meet Ricado Jordaan (far right) who also was awarded an internship with Comarketers and is now working out of our Johannesburg, GP Media Mill Hub.  It’s great to see the camaraderie amongst the three new and three seasoned digital markers who have taken a few moments to burn off some steam and have fun together in this photo!

I’ve also had the privilege to continue to coach and mentor Sabelo since he started his new role.  Interestingly, in addition to asking for some input around navigating his way within Comarketers and working with international clients, he also wanted my guidance around how to set up a budget so that he can start to manage his finances better (and learn how to save!) once those monthly pay deposits start to flow into his life and family. 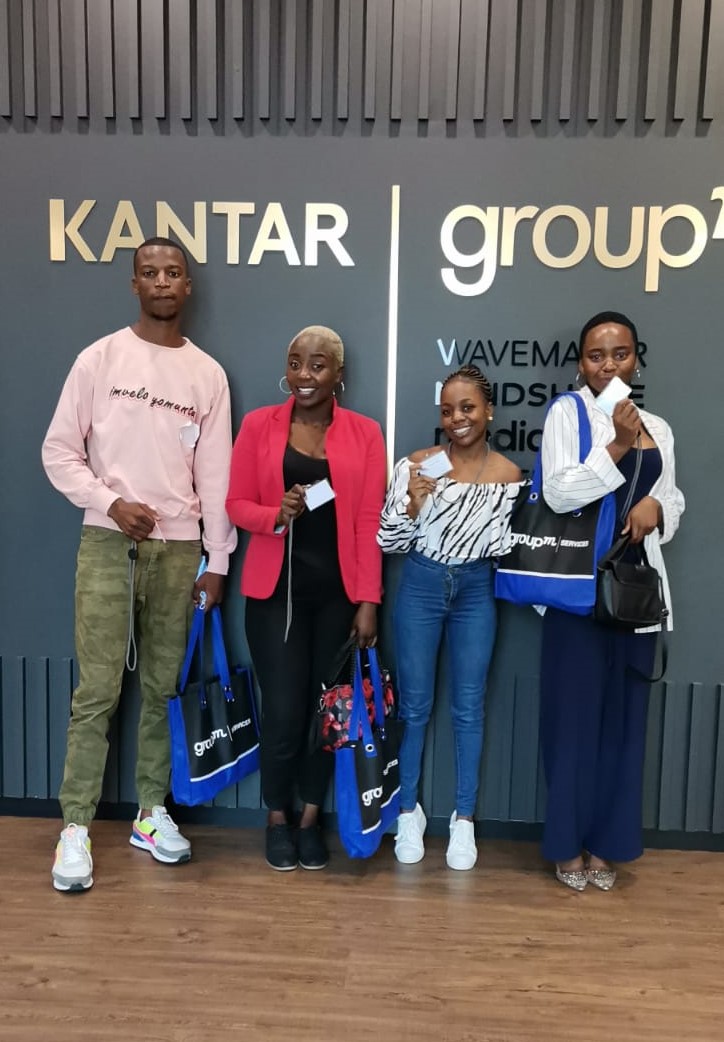 Meanwhile four other 2021 Graduates of the iHub Africa program were offered and accepted internships with GroupM.  Seen in the above photo (left to right): Nvelwenhle Ncube, Immaculate Moyo, Karen Savanhu and Camilla Moy captured at the GroupM Johannesburg offices on their first day of orientation and onboarding.

We are very excited for all seven of these graduates!  The future looks extremely bright for these amazing young adults as they develop their careers in the global digital economy; taking full advantage of the amazing opportunities afforded them through the iHub Africa program.